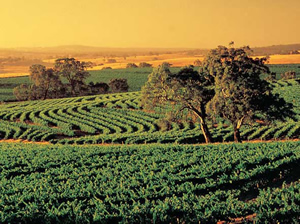 Hailing from Adelaide, Martin has a soft spot for the Adelaide Hills Wine Region.  It is part of the Mt Lofty Ranges on the eastern side of the City of Adelaide and is bounded by the Eden Valley and Barossa Valley wine regions to the north and the McLaren Vale wine region to the south. It is one of the largest geographical wine regions in Australia, and amongst the most diverse in terms of climate, soil and topography.

Most of the Adelaide Hills has a cool climate due to altitude. Mount Lofty and the Piccadilly Valley are a bare 25 minutes’ drive from the centre of Adelaide, but the contrast in climate throughout much of summer has to be experienced to be believed.  The veritable maze of valleys and sub-valleys, with slopes offering every conceivable aspect, means there is as much mesoclimatic variation as one can find anywhere in Australia.

In the northern extremity of the region, and the west-facing slopes, the climate changes from one suited principally to the early-ripening varieties such as Chardonnay, Pinot Noir and Sauvignon Blanc, and into terrain which satisfactorily ripens Cabernet Sauvignon and Shiraz.  Rainfall varies throughout the region, increasing at higher elevations, and is highest in winter and spring. 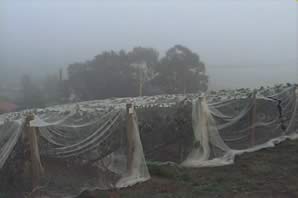 White wines, principally Sauvignon Blanc, Chardonnay and Riesling flourish in this region.  Sauvignon Blanc is one of Australia’s most significant contemporary wine styles and those from the Adelaide Hills seem to echo the fresh, cool, crisp, bright climate of a region which produces some of the best examples of Sauvignon Blanc in Australia.  Typically the wines are fresh, fragrant and aromatic, yet crisp and food friendly with the distinctive acidity and fine structure that typifies many wine styles – both white and red – from the Hills.  Adelaide Hills Chardonnay is full of character; natural levels of acidity are good, allowing makers to use malolactic fermentation to increase complexity without threatening the longevity of the wines or permitting them to become soft and flabby.  Riesling is grown across the span of climatic sites within the region, producing razor-sharp, fine and delicate wines in the cooler locations and richer, more conventional wine styles on the warmer sites.