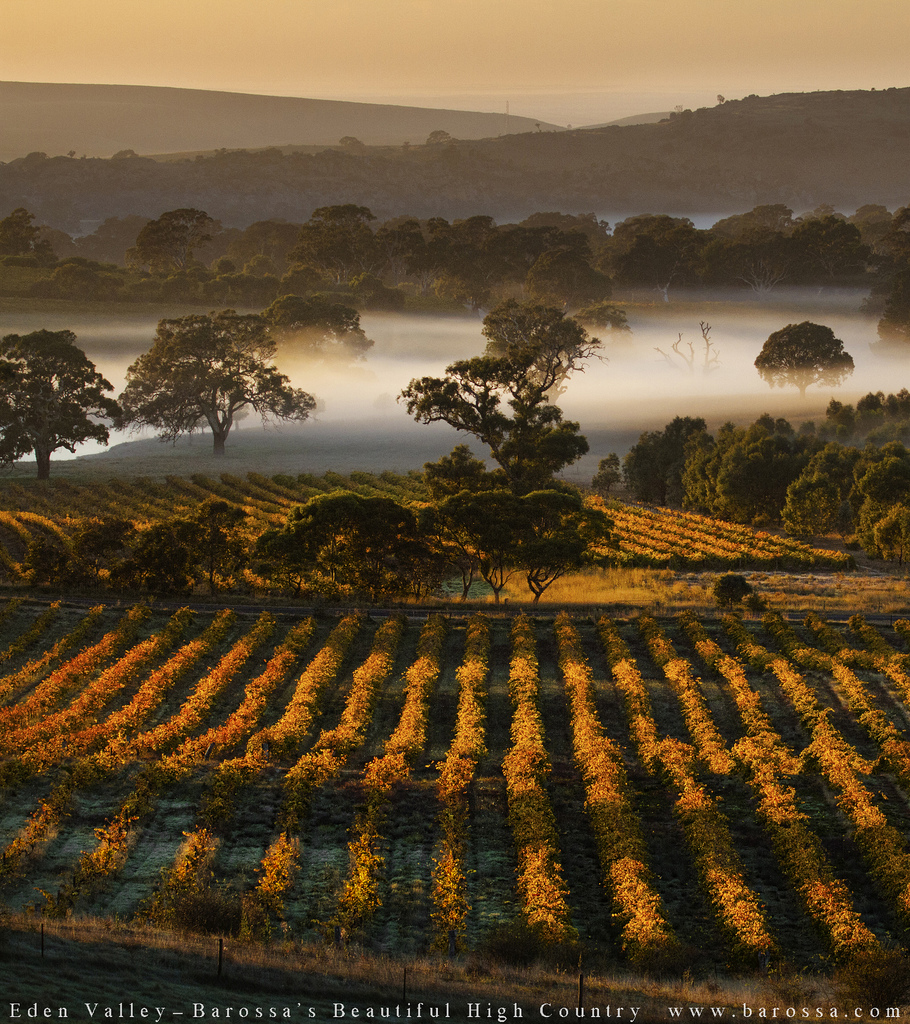 Located about 70km north-east of the South Australia’s capital Adelaide, the Barossa incorporates both Barossa Valley and Eden Valley, making it one of the only areas in Australia to have neighbouring warm and cool climate growing conditions.

There are some 750 grape growing families, many sixth generation, supplying quality grapes to more than 170 wine companies of all shapes and sizes. The best wines of the Barossa sit comfortably alongside the great wines of the world.  Barossa Shiraz and Eden Valley Riesling have led the way as regional heroes, with Cabernet Sauvignon, Mataro, Grenache, Viognier, Semillon and Tawny all contributing to the Barossa’s standing as one of the world’s great wine regions.

The twists and turns of the Barossa Valley are at times clearly defined.  At other times they disappear into a series of rolling hills and transverse valleys, providing endless discoveries of charming hidden landscapes.  Consequently, site, slope and aspect all vary widely throughout the region.   This complex system of transverse sub-valleys and twisting hills results in a multiplicity of varying slopes, aspects and sites.

The region does have a wide diurnal temperature range, higher maxima, more sunshine and a much lower humidity and rainfall.  All of this adds up to a Continental climate ideal for full-bodied red wines, excellent fortified wines and generally robust white wines.

Many Barossa reds are already well known in the US market:  especially the shiraz varietal which became popular for its powerful fruit forward style.  In recent times, wine makers in this region have begun producing leaner, more restrained wines which lack nothing in fruit but offer greater balance, length and complexity while continuing to reflect the Barossa terroir, climate and outstanding wine making tradition.