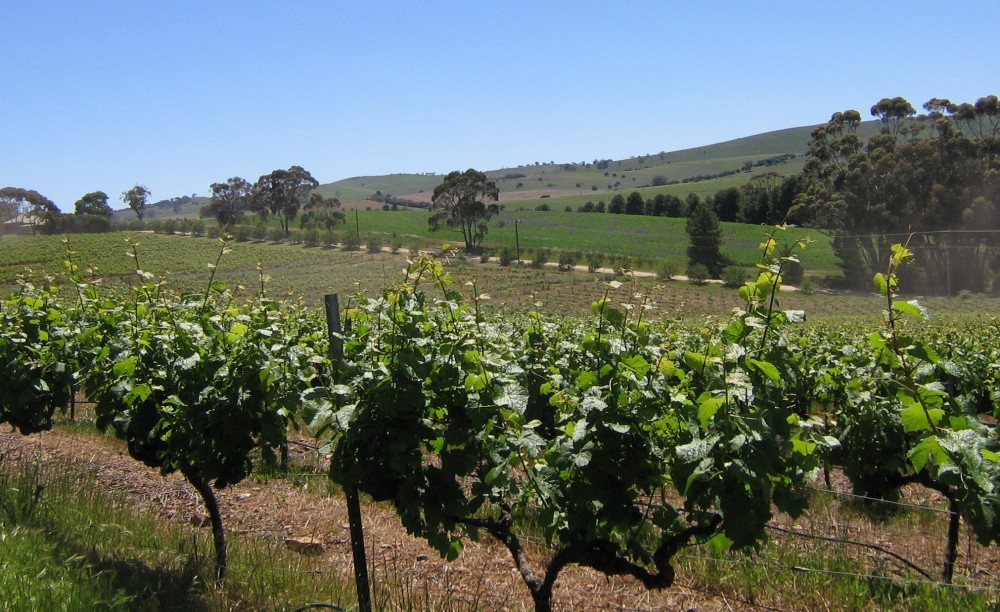 The Clare Valley is one of Australia’s most famous wine producing regions and a fascinating place for connoisseurs of both wine and history.  It lies in the Mid North of South Australia, approximately 60 miles north of Adelaide.  Clare Valley’s wineries lie along a narrow 20 mile kilometre corridor, between Auburn and Clare and hosts more than 40 cellar doors.   Interesting to note, the Clare Valley produces only 3% of Australia’s total grape crush yet wins 20% of the wine awards available to Australian vineyards every year, an exceptional statistic considering its size.

The Clare Valley has a long history with grape growing.  Settlers from England and Ireland first moved into the region around 1840, and English settler, John Horrocks ( Horrocks Pass near Port Augusta was named by Horrocks while exploring the north) was the first to plant  vines at Hope Farm. Pioneering Jesuit priests followed, planting vines intended for sacramental use, at Sevenhill around 1852, and Springvale ( near current day Watervale) in 1863.

Known as home of the Riesling, the region also shines in other varieties such as Shiraz.  Look for Semillons from this region too!