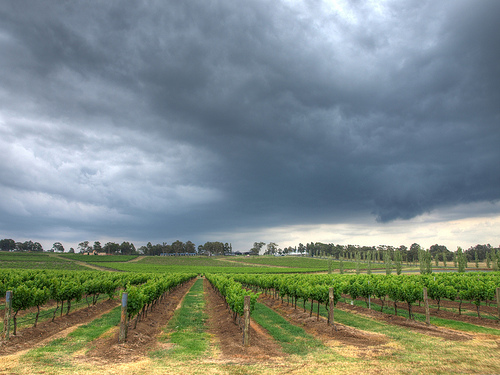 Located 360 kilometres south of Western Australia’s capital Perth, the Great Southern wine region is vast and diverse, extending 150 kilometres north to south and 100 kilometres east to west. Divided into several subregions (Albany, Denmark, Frankland River, Mount Barker and Porongurup), Great Southern provides an ideal environment for cool-climate viticulture, creating distinctive regional wines.Skirting the south-west Australian coast and pushing northwards back into the hinterland almost 100 kilometres (60 miles), this is a very large region even by Australian standards. It ranges from the coastal, maritime subregions of Albany and Denmark to the unequivocally inland and continental subregions of Mount Barker, Porongurup and Frankland River; from fat country to lean, with large areas untouched by vineyards. In these circumstances it is indeed surprising that there is such a degree of coherence in the wine styles being produced.

Frankland River is the largest wine-producing subregion of the Great Southern with 1,600 hectares of vines.  Frankland is renowned for its Riesling, Cabernet and Shiraz. The versatile Mount Barker subregion is particularly significant as it was here in the mid 1960s that the modern West Australian wine industry had its beginnings. The area produces excellent Riesling, Pinot Noir, Shiraz and Cabernet Sauvignon. 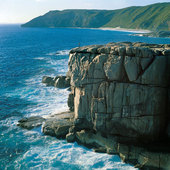 Though rainfall is greater and relative humidity increases in the south around Denmark, temperature and sunshine hours do not change greatly, so careful site selection allows the production of virtually every wine style, from Riesling to Chardonnay, Pinot Noir to Cabernet Sauvignon.

Cabernet Sauvignon thrives across the length and breadth of the region, producing long-lived wines of deep colour, intense flavour and powerful structure. They are in every sense classic Cabernets with an austerity of flavour and a briary toughness to the young wines, which demand and reward patience.

Several of the sub-regions are producing exciting Pinot Noir and exceptionally high quality Shiraz. Great Southern Shiraz exhibits a compelling combination of liquorice, spice, pepper, black cherry and plum. Happily, almost all producers avoid the temptation to use too much American oak, allowing the spectacular fruit quality freedom to express itself.

Riesling vies with Cabernet Sauvignon as the most important wine from the region. Its importance derives directly from the quality of the wine, which can rank with the best from the Clare and Eden Valleys of South Australia. Like the Riesling of those regions, it ages superbly, seldom reaching the peak of its development in less than ten years. While tending to be crisp and lean in its youth, it does have intense flavour, typically in the citrus spectrum on an underlay of herbs.