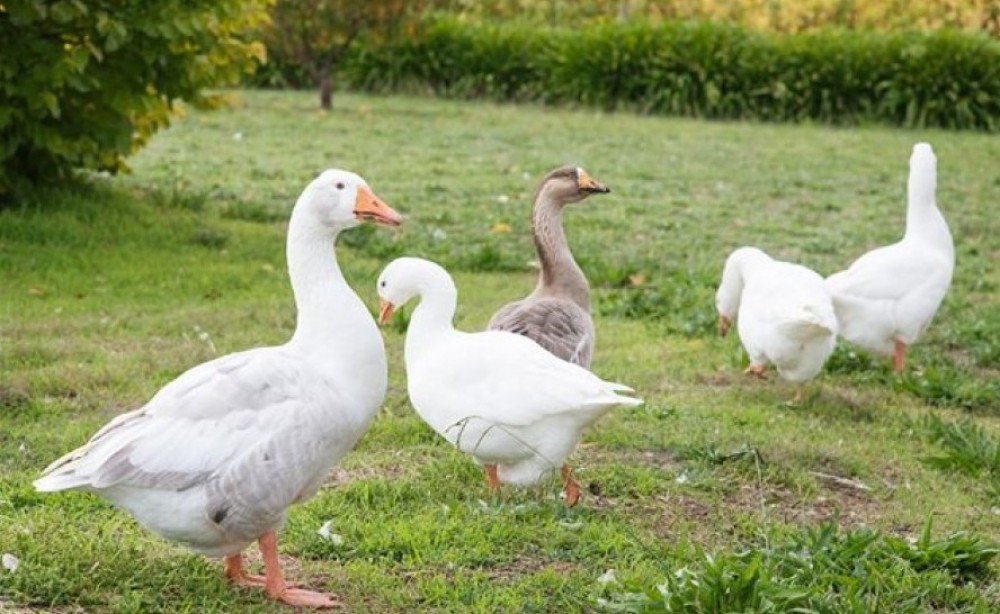 Five Geese is produced by Hillgrove Wines, a small McLaren Vale winery currently specialising in Shiraz and a Grenache/Shiraz blend. The company’s underlying philosophy is to promote itself by producing premium wines that are recognised as value for money.  The wine maker is Sue Trott.

Sue is making Five Geese wines from the Blewitt Springs vineyards. Nestled in the north-eastern end of the Willunga Basin, Blewitt Springs lies about 180m above sea level. This slightly higher elevation provides a cooler climate than nearby McLaren Vale and Willunga. With cooler temperatures and moderating afternoon sea breezes, the grapes grown here enjoy a long, even ripening season.

Vintage in Blewitt Springs is often some two to three weeks later than the rest of the district. These extra weeks give the fruit time to develop more complex flavour ripeness, without the excessive baumes found in warmer areas. The grapes develop a beautiful balance of flavour, acidity, and sugar, which then translate into complex, but not overly alcoholic wines.

The Five Geese Grenache Shiraz is sourced from the dry grown, old bush Grenache vines, planted in the 1930’s. These gnarly old vines produce a very intensely flavoured Grenache. These vines are some of the oldest in the district.

Five Geese is rated by James Halliday as a 4.5 Star Winery which, year after year produces wines rated above 90 points.